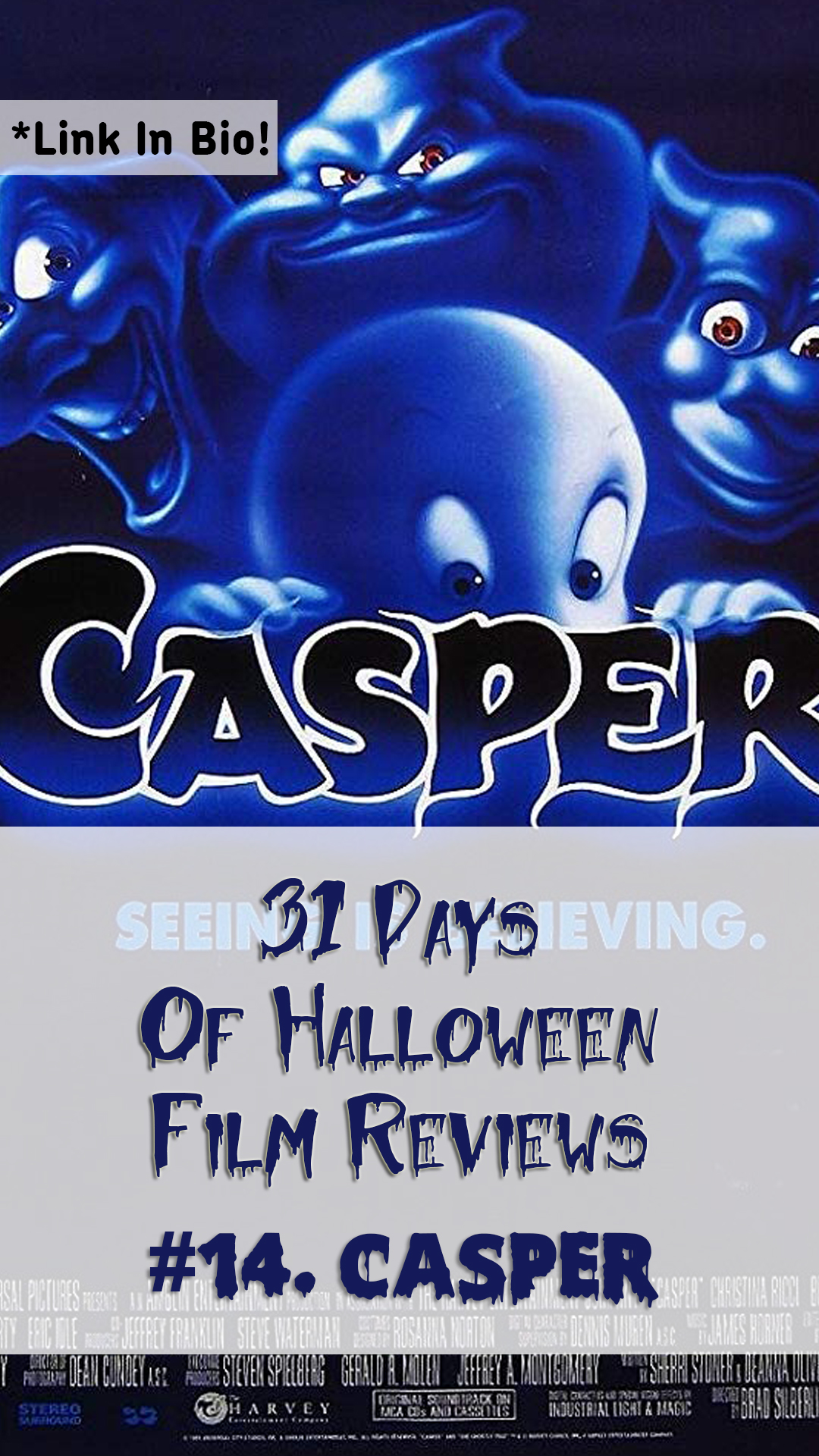 « Psycho
The Witches Of Eastwick »
Katy Whitton https://www.facebook.com/WhatKatyReviewedNext/
2019-14-10GMT+010018:33:13286What Katy RevIewed Next
This review is part of the 31 Films For Halloween Series Casper opens with a will reading. Carrigan (Cathy Moriarty) and her lawyer (Eric Idle) are upset that she’s only received a... 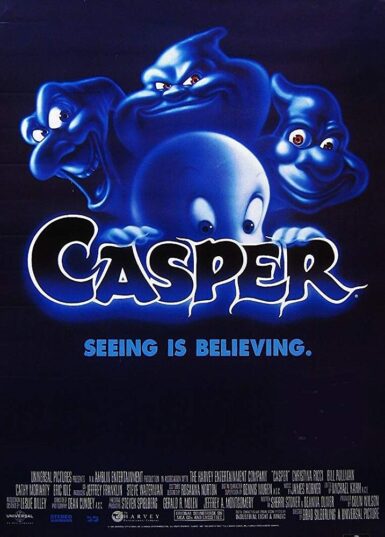 Overview: This review is part of the 31 Films For Halloween Series Casper opens with a will reading. Carrigan (Cathy Moriarty) and her lawyer (Eric Idle) are upset that she’s only received a “condemed sea front property in Maine” so she chucks the mansion’s deeds on the fire, in the heat a message about treasure appears […]

Casper opens with a will reading. Carrigan (Cathy Moriarty) and her lawyer (Eric Idle) are upset that she’s only received a “condemed sea front property in Maine” so she chucks the mansion’s deeds on the fire, in the heat a message about treasure appears so the two set off to the house to seek her fortune.

When they enter the house they hear someone talking to them and after persuading the voice to come out they’re confronted with a ghost, he tells them not to scream but it’s too late and they run from the house.

In order to get rid of the ghosts they hire an exorcist who ends up covered in vomit with his head on backwards and there’s a blink-and-you’ll miss it cameo from Dan Ackroyd as his Ghostbuster’s character. Carrigan then decides to bulldoze the mansion but the building crew are scared off by the ghosts although Casper says that all he wants are some friends.

Casper’s sat watching TV (I want to know who’s paying the cable and electricity bill) and he sees a program about Dr James Harvey, a Ghost psychologist, so he makes his way to Carrigan’s house where he displays the show on her TV and she decides to hire him to get rid of her problem.

Harvey has a daughter, Kat, who is a surly teen but more of the adult in their relationship. Harvey’s been moving Kat around the country while he works and as a result she can’t form meaningful relationships and just wants a friend. Oh, wait! Do I see a big plot point being laid out here?!

Kat’s a bit of a cynic when it comes to her father’s work: she understands why he’s doing it (he’s searching for her dead mother) so when she meets Casper her father doesn’t believe her, until he meets the titular ghost himself. Dr Harvey freaks out and they both hide in a closet. This begs the following question: What on Earth has he been doing for work? The inference is that this is the first ghost he’s seen so this “doctor” is a ghost psychologist who hasn’t actually treated any ghosts!

Okay, okay, I know I’m reading too much into this and this was all done for comedy effect and to set Casper up as the “nice” ghost and to make Dr Harvey meeting Stretch, Stinkie and Fatso more scary but I still find it odd!

The rest of the movie is basically a slapstick comedy with Casper, Kat and Harvey facing off against Stretch, Stinkie & Fatso while Harvey continues to look for his wife’s spirit.

There’s a weird romantic side-story between Casper and Kat – I won’t go into the reasons why it’s wrong (she’s like 13 and Casper gets excited because “there’s a girl in my bed” for starters) as I’m sure can figure out why a ghost/supernatural love story is yucky (I’m looking at you Twilight).

The movie was made in 1995 and, for the time, the effects are pretty good. I do wonder what it would look like if they decided to make the film now, whether they’d keep the cartoonish old-school CGI look of Casper or if they’d modernise him somehow. I came across a couple of interesting facts while researching this movie (See! I don’t just sit on my behind watching films, I do research too!): Jurassic Park, which came out just 2 years earlier, only had CGI in around 40 shots and Casper has 250 shots. Also, the CGI required the equivalent of 19 million floppy disks of computer-generated images (for you Millenials and Gen Z’ers, a floppy disc holds a whopping 1.44mb of data so the calculation works out at around 27.36 Terabytes).

Unlike most films of this genre (Family “Horror”) such as The Addams Family there’s no jokes for adults in it so it’s rather dull for grown-ups but kids will love it.

Watch this if you’re a fan of inappropriate supernatural relationships and the three stooges.

The Nightmare Before Christmas
Tagged With:  Comedy | Family | Fantasy | Supernatural