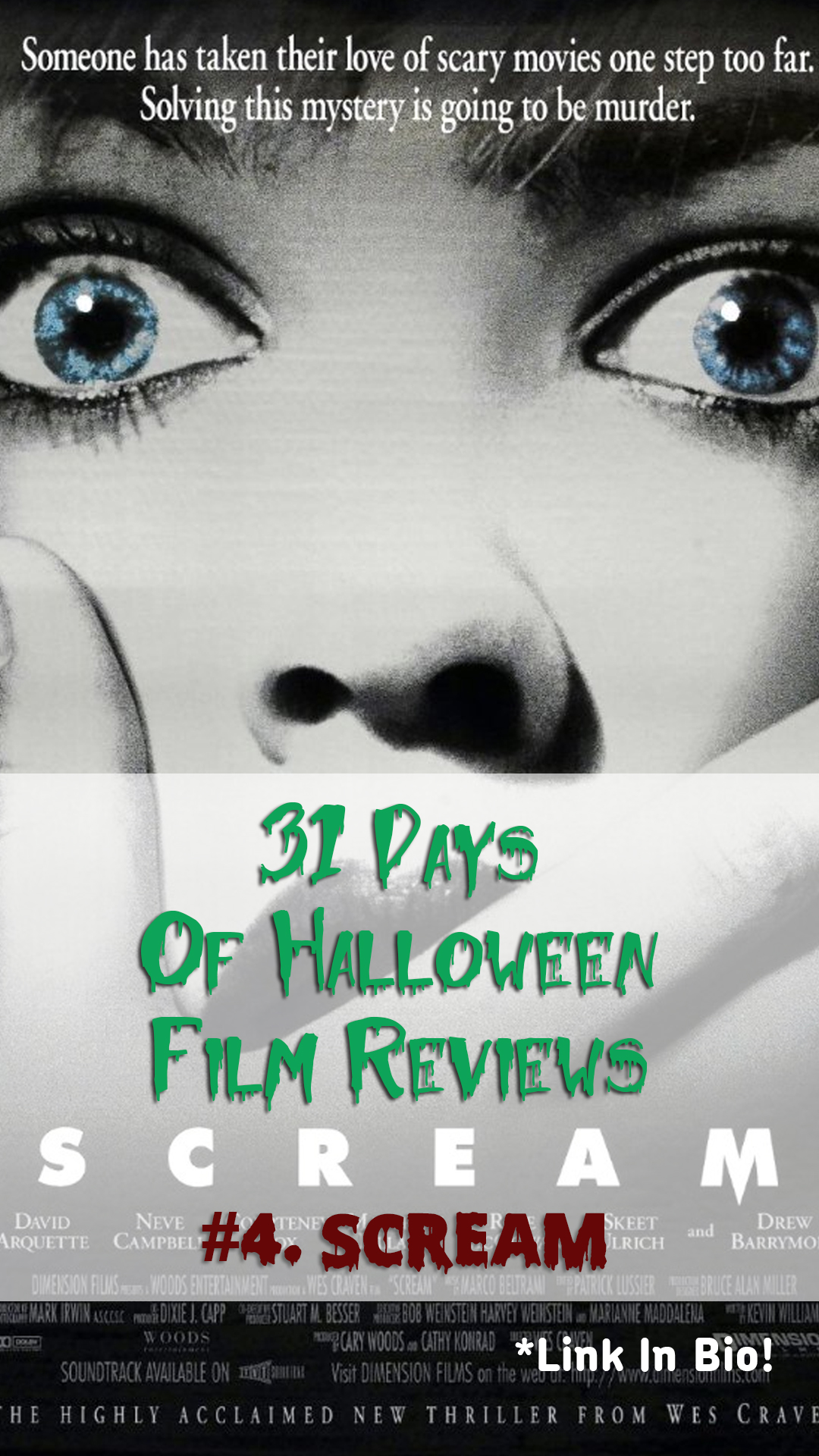 « Addams Family Values
Goosebumps »
Katy Whitton https://www.facebook.com/WhatKatyReviewedNext/
2019-04-10GMT+010021:30:39276What Katy RevIewed Next
A serial killer is on the loose in Woodsborough and everyone is a... 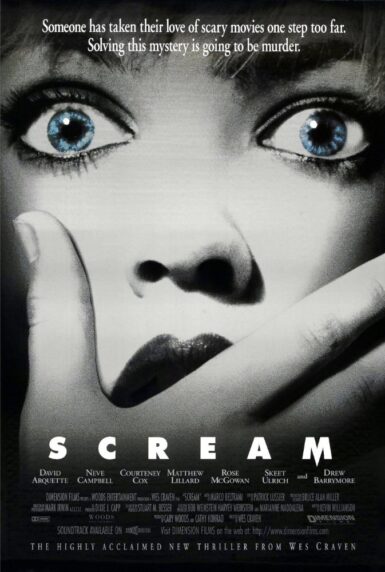 Overview: A serial killer is on the loose in Woodsborough and everyone is a suspect.

It’s hard to explain the impact that Scream had on cinema (audiences and in general) when it came out 22 years ago. Slasher movies had long been out of mainstream favour, and those from the 1970s and 1980s were either thought of as “cult classics” or laughed at for how cheaply they were made. Scream was able to re-invigorate the genre and bring it to a whole new generation with its self-referential jokes, shock tactics, inventive murders and a twist ending.

Scream is set in the all-American town of Woodsborough and opens with Casey Becker (Drew Barrymore) receiving a phone call. Initially we think that it’s a wrong number but the call soon turns sinister and we understand all is not as it seems.

The opening 10-or-so minutes were revolutionary at the time – I don’t want to ruin it for you so there’s spoilers below (don’t read them if you want to get the full experience of the scenes).

All of the marketing – the trailer and the film poster – prominently displayed Drew Barrymore so everyone assumed that she would be a major character in the film. The fact that Barrymore was killed off within the first 10 minutes of the film was a massive shocker for audiences – I mean they killed Drew-Frickin-Barrymore!

Usually in a film of this genre, Barrymore would have been the final girl, the sole survivor, after all that’s what you expect from a big-name star, right? Big stars were never killed off but screen writer Kevin Williamson and director Wes Craven (of A Nightmare On Elm Street fame)  turned that expectation on its head by gruesomely butchering Barrymore’s character in what has now become one of the most iconic murder scenes in film history (in my humble opinion at least).

After the opening sequence we’re then introduced to  Sydney Prescott (Neve Campbell) – whose mother was murdered a year earlier – and her group of school friends. They’re the usual bunch of American school kids: there’s a jock, a joker, a nerd – you get the picture.

Sydney is at home alone (her Dad is handily out of town – imagine that!) and receives a phone call. You can recognise the voice as that of the person who spoke to Casey, the call gets increasingly abusive and culminates with the caller emerging from Sydney’s closet and chasing her around the house. She’s saved by her boyfriend Billy (Skeet Ulrich) but when a cell phone falls out of his pocket Sydney begins to suspect that Billy may have been the caller and escapes from the house.

The killer continues to target Sydney and her friends with the film culminating in a series of attacks at a house party and the killer finally being revealed.

The cast is well rounded and as well as Sydney and her friends we have hard-nosed reporter Gail Weathers (played with great energy by Courtney Cox in a role as far-removed from her “Friends” character Monica Gellar as you can imagine) and local deputy Dewey (David Arquette).

The story zips along at a good pace and is only slightly bogged down by the secondary storyline of Cotton Weary (Liev Schreiber) being in jail for murdering Sydney’s mother and the twist ending was a real surprise when I first saw the movie – and I don’t usually get caught out by things like that.

Watch this film if you’re in the mood for a slasher film that doesn’t take itself too seriously and will reawaken your interest in the genre.

Let us know your thoughts on "Scream"