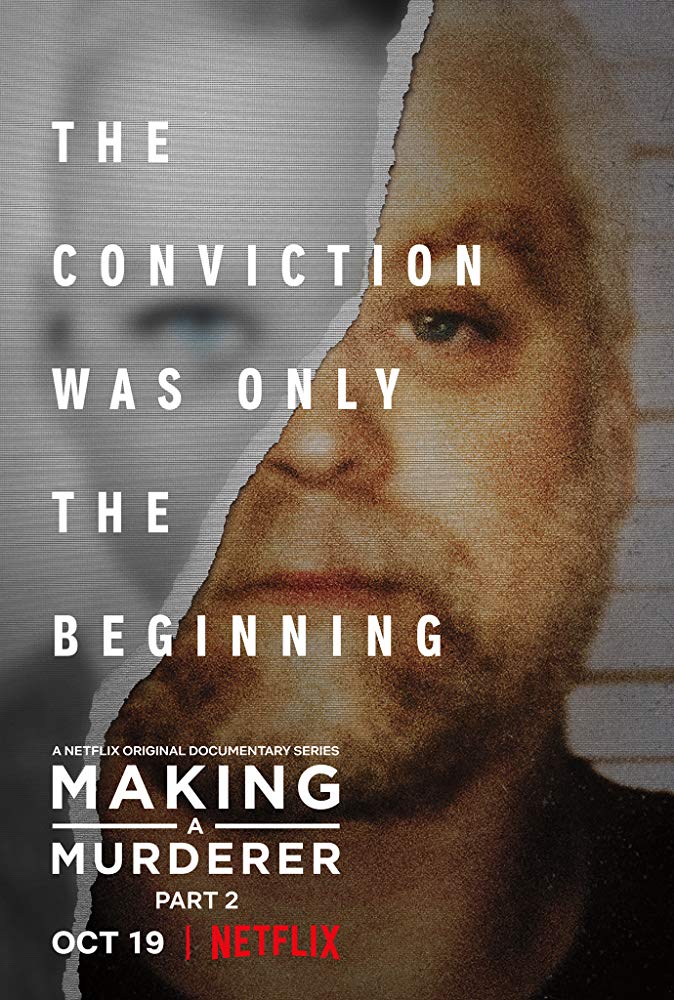 « The Haunting Of Hill House
Chilling Adventures Of Sabrina »
Katy Whitton https://www.facebook.com/WhatKatyReviewedNext/
2018-23-10GMT+01006:21:37295What Katy RevIewed Next
Making A Murderer Season 1 caused a sensation across the internet when it was release 3 years ago. In this second season the documentary continues to look at the convictions os Brendan Dassey and... 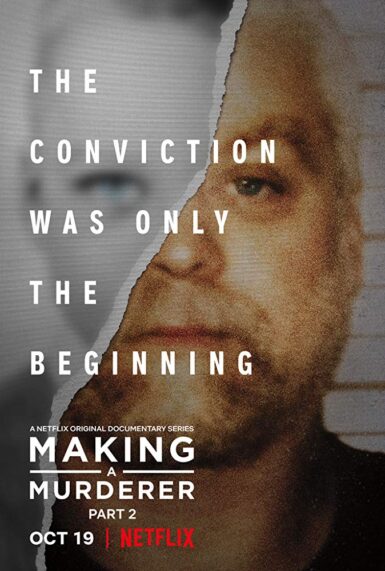 Overview: Making A Murderer Season 1 caused a sensation across the internet when it was release 3 years ago. In this second season the documentary continues to look at the convictions os Brendan Dassey and Steven Avery and turns up new evidence casting a shadow across the prosecutions case.

So, I just binge-watched all 10 episodes of “Making A Murderer” Season Two so you can figure out if you want to watch it or not.

If you haven’t heard of the Netflix documentary “Making A Murderer” or Steven Avery and Brendan Dassey then I assume that you have had no internet connection since 2015.

Seriously. The details of this case have been all over social and mainstream media since Laura Riccardi and Moira Demos brought it to public attention 3 years ago. So, just in case you have been living under an internet rock, here’s the basic premise:

In 1985 23 year old Steven Avery was convicted of a brutal sexual assault and attempted murder. Avery claimed he didn’t do it but was convicted anyway despite there being no physical evidence to tie him to the crime. After serving 18 years of a 32 year sentence Avery was acquitted after DNA evidence proved that he didn’t do it.

So far so normal, right? Well, things start to go a bit wrong for Avery when he decides to sue the police department and local county for wrongful arrest and imprisonment to the tune of $36 million dollars. Yup, you read that right, $36 Million.

Two years after Avery’s release (in 2007), the police are at his door yet again, this time arresting him for the murder of local photographer Teresa Halbach. During his incarceration Avery is forced to settle his $36 million lawsuit for just $400,000 so he could afford to appoint a legal team to defend him against the murder charge – what an amazing coincidence! A lawsuit that would pretty much bankrupt the county has magically gone away!

There’s no real evidence against Avery until Halbach’s car is miraculously found abandoned in Avery’s Junk Car lot, Halbach’s car key turns up in Avery’s bedroom and human bones are found in a fire pit outside his house.

The original “Making A Murderer” Trailer is below:

So, you might think that this is all well and good but there are a few problems:

Still, this circumstantial evidence is enough for a jury and Dassey was jailed for life with the possibility of parole in 2048, and Avery was sentenced to life without parole.

The first series of Making A Murderer documents the trial, the problems in the prosecution case and the issues that the defence case has getting evidence and witnesses heard. I have to admit the first series isn’t balanced, it leans very heavily in Avery and Dassey’s favour but after you’ve watched the entire series you can’t help feeling that they were both stitched up to stop the lawsuit and conveniently solve a murder.

Now that you’re all caught up, here’s my take on series 2 which was made available on Netflix on the 16th of October – and yes, I did binge-watch all 10 episodes.

This second series is still one sided as it just covers Avery and Dassey’s defence teams and their efforts to get their clients freed however unlike the first series is comes across and more balanced in the way that the evidence is being presented.

This is largely down to Dassey’s lawyer Laura Nirider and Avery’s Lawyer Kathleen Zellner who are very passionate about the case but also extremely good in explaining the ins and outs of a complicated legal system to the layperson.

In Dassey’s case, the series revolves around the fact that his confession was coerced and as a vulnerable young person wasn’t handled correctly. We follow his multiple appeal process in what – to me – seems ridiculous in that he wins at least 3 times and has his conviction overturned and yet still won’t be released by his State.

Avery’s case is more complex and more interesting: Zellner finds that there were a lot of flaws in the original defence case which could lead to a re-trial. She tests all of the evidence that the police have found (including chucking a dummy in the back of a car, flinging blood around, stealing a sink and shooting at shit) to attempt to replicate what they police say happened and even subjected Avery to a brain scan lie detector – in fact one of the first things she says to him is that he’d better be not guilty because if she takes his case she’ll prove what really happened, even if it does show he did it.

The series is quite heavy going in times, there’s a lot of explanation of American law and precedents but this is outweighed by seeing how the defence go about putting their case together – what they look for and what they need to prove and disprove.

One shining light in the program are Steven’s parents, Allan and Delores, who are in their late seventies/early eighties and are clearly devoted to each other even if neither can hear a word the other is saying. Their main concern is that they won’t be around when their son and great-nephew are finally released and no amount of money would ever be able to replace the time they have lost with their son. You really do feel for them and the terrible situation they are being put through, they just want their son back and I do hope this can happen soon for them.

In the first part, Avery is engaged to Sandy after she started writing to him in prison. 10 years later poor Sandy has had enough and calls the engagement off citing “religious differences”. She’s still very good friends with him and is instrumental in getting Kathleen Zellner to take his case.

Anyway, on to the spoiler!

Through writing to Avery Lynn Hartman comes into the picture and the pair are soon engaged via letter before they have even met. Colour me cynical but what would  quite a  pretty blonde woman want with a convicted murderer? I mean a convicted murderer with a massive online following and award winning Netflix show about him? Oh, going on Dr Phil and a $5000 appearance fee? You don’t say! So she broke it off with him (by letter obviously) and is still getting TV spots, and presumably getting paid for them too

After the first series of “Making A Murderer” I felt pretty sure that Avery was innocent and 100% sure that Dassey was coerced into making an unfair and false confession.

After watching this series?

JUST FREE BRENDAN NOW DAMN IT! How many appeals do you have to win to get freed from jail in America?

All the evidence is circumstantial, there are so many new avenues to look at that the prosecution or defence never covered at the very least he deserves a retrial.

The only shame is that former  prosecutor Ken Krantz won’t be brought down a peg or two – I mean, Krantz has apparently been successfully treated for Narcissistic personality disorder and then decides to hold a press conference during one of Dassey’s appeals – this is in Chicago. At the courthouse where the appeal is being held. A 3 hour drive away from Mantiowoc so it’s not like “Oh, I was just in the neighbourhood”. Oh and he handily happen to have a book coming out at the time.

Would I recommend this series? 100% yes if you have seen the first series. If you haven’t then watch series 1 first – you need to in order to get all of the background then watch the second straight away.

I would have rated this 10 out of 10 but I knocked one point off as it’s a bit heavy going in places and they don’t make a mockery of Ken Krantz.

What are you waiting for? Stop reading this and go watch it!

Let us know your thoughts on "Making A Murderer – Season 2"