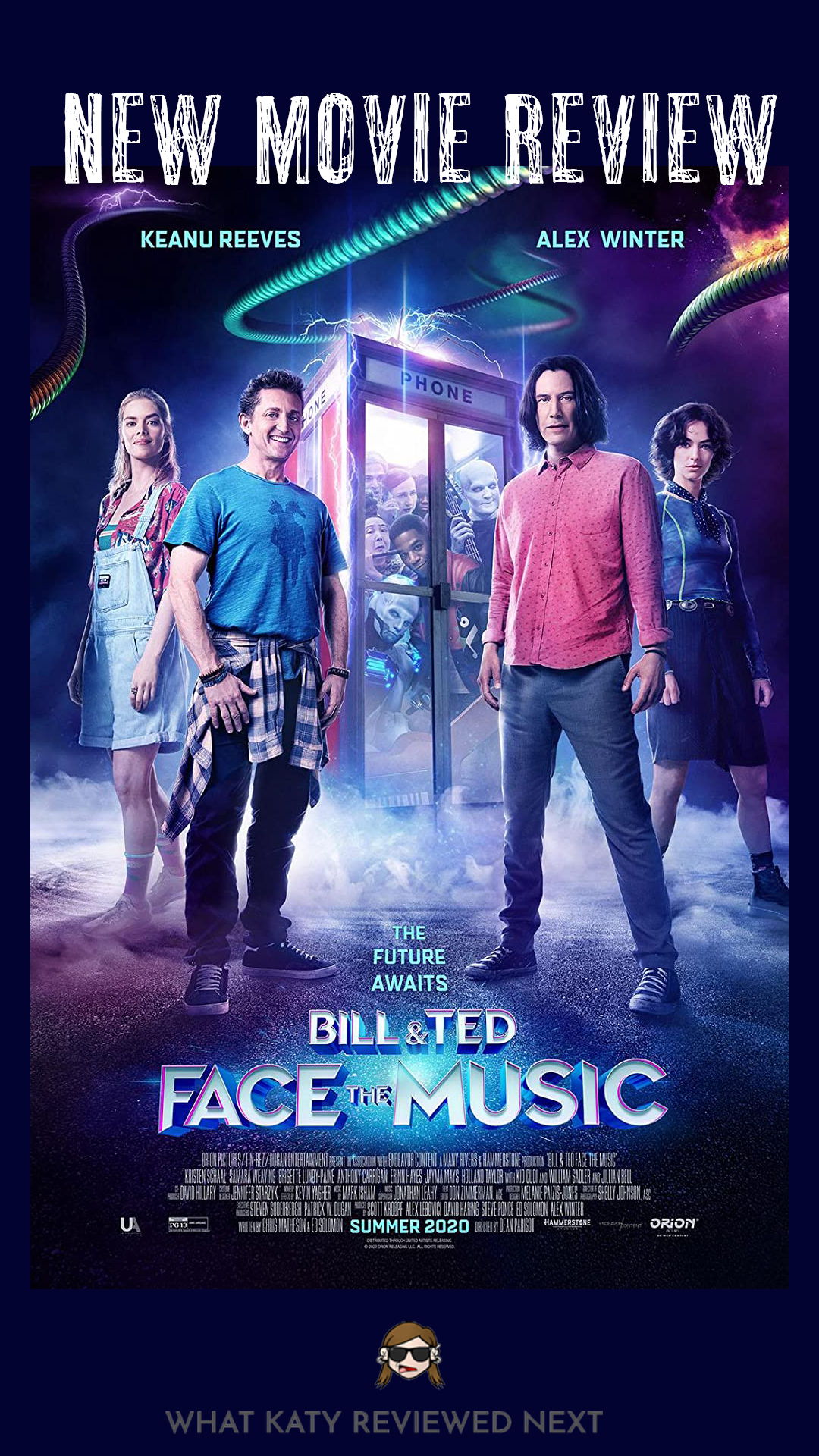 « #Unfit: The Psychology Of Donald Trump
Jingle Jangle: A Christmas Journey »
Katy Whitton https://www.facebook.com/WhatKatyReviewedNext/
2020-05-11GMT+01004:14:31309What Katy RevIewed Next
The universe is unravelling and only Bill & Ted's music can stop the world... 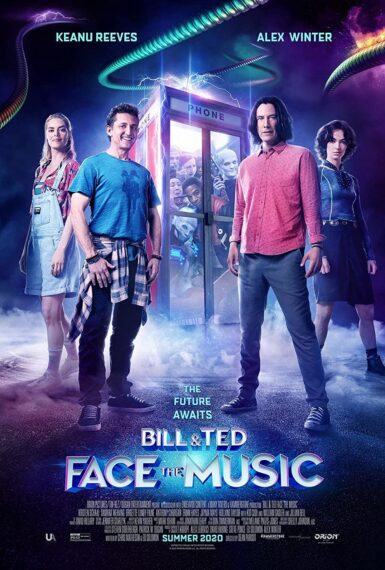 Overview: The universe is unravelling and only Bill & Ted's music can stop the world ending.

I was a big fan of Bill & Ted’s Excellent Adventure when it came out way back in 1989 (feel old yet?) There was something about the style of humour that really resonated with a young me; I think that because it was quite irreverant it struck a particular chord. The follow up film, Bill & Ted’s Bogus Journey (1991) didn’t quite match the charm of the first film but it was still pretty good and then that brings us up to 31(!) years later and the third installment: Bill And Ted Face The Music.

Set in the present, Bill (Alex Winter) and Ted (Keanu Reeves) have been unable to reach their potential that was hinted at in the first two films. Their band, Wyld Stallyns, was once successful but their popularity slowly tanked so now they’re playing at lunch time buffets and their family’s weddings. They also failed to produce a song that will unite the world and because the song hasn’t been written, reality starts to break down and historical figures start being randomly transported to different points in time.

Bill and Ted are taken to the future by Kelly (Kristen Schaal), the daughter of Rufus, where they are told that unless they come up with their world uniting song by 7.17pm, the “great unravellng” will take place and destroy the world as they know it. Realising they don’t have the time (or the capability) to write the song, Bill and Ted decide to travel to the future where the song’s already already been written and steal the song from their future selves. This leads them to make several trips further and further into the future until they find the song, meeting themselves in various stages of a downward spiral into alcoholism and self pity.

While all this is going on, Bill and Ted’s daughters, Thea (Samara Weaving) and Billie (Brigette Lundy-Paine), jump in another time machine in order to help their dads by putting the best band in the world together and they bring together Louis Armstrong, Jimi Hendrix and Mozart amongst others. This plot line is basically a rehashing of the first film in a more compressed (and less funny) format.

There’s a side plot involving Bill and Ted’s wives (the English princesses) – they’re unhappy and want to go to couples counselling and instead take off in a time machine to find a time when they’re all happy. But that’s not really given time to develop so we end up not really caring about them in the end.

Bill & Ted Face The Music is a nice nostalgic nod to the previous films but it really feels like we’ve moved on over the last 30 years and as a result the humour (what there was of it) felt very dated. Also, the film felt kind of like two separate movies at times, with Bill and Ted and Thea and Billies storylines almost competing with each other for laughs and screen time.

While the film is fun, there isn’t really much substance to it and I think modern audiences (read younger millenials and Gen Z) who didn’t grow up with the orginal films being such a big part of their lives might not get “it”.

While Bill & Ted Face The Music is in no way heinous (see what i did there?) is does lack the charm of the first film and there certainly aren’t as many catchphrases – I mean, who can forget “69, Dudes”?

Reeves and Winters fall back into their characters with ease and Weaving and Ludy-Paine nail the mannerisms and speech patterns of their older counterparts, while Erinn Hayes and Jayma Mays do passable English accents as the Princesses – not that we see much of them on screen.

Is it worth watching – yes but as it skipped theatres and went straight to V.O.D I wouldn’t pay for it and would wait for it to hit Netflix or Amazon Prime.

Watch this film if you’re after a bit of nostalgic film fun that doesn’t require too many brain cells to watch.

Spider-Man: Into The Spider-Verse
Tagged With:  Adventure | Comedy | Humour | Music

Let us know your thoughts on "Bill & Ted Face The Music"